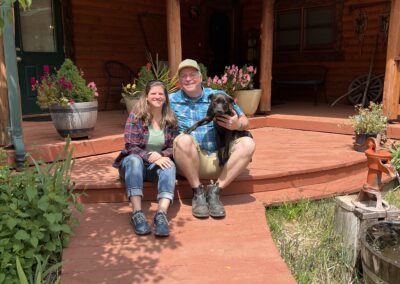 Tom McDonnell and Liza (Leeza) Dadiomov became the new Lillaskog Lodge owners in January 2022. They had known of Lillaskog for many years, with Tom’s family’s whitewater rafting company (Sierra Mac River Trips) located just across the highway from the lodge. Tom’s dad Marty had been friends with Bill, the original owner of the lodge, and has spent months at the lodge while the current version of Sierra Mac was being built up. Tom and Liza fell in love with the lodge and even planned to have their wedding there. The pandemic shifted their plans, but they still dreamed of spending time at Lillaskog, and are thrilled to be the new stewards of this beautiful and special piece of property.

Tom grew up in Tuolumne County and has lived in Groveland for over a decade. Tom and Liza both have worked in the outdoor education and recreation industry for many years – Tom as a raft guide, and Liza as a backpacking and hiking guide. Lillaskog Lodge combines both of their passions for sharing the outdoors with others and bringing family and people together. Paired with their skills in Program Management, Reservations, Customer Service, and their vision for the future, they make a great team and are excited to help make your time at the lodge as positive as possible.

At the end of 2021, they were offered an opportunity to manage the running/ownership of Lillaskog, from the help of those who inherited it, and are looking to take care of it for years to come! They are both passionate about sharing their love of the outdoors with people and are looking forward to meeting future guests of the lodge and bringing their energy and ideas to Lillaskog!

Lillaskog is the life dream of Bill Charlson, a retired park ranger and administrator. In 1999, a forest fire on Pilot Ridge ravaged the area. The following winter the Charlson family bought the acreage that became Lillaskog. Borrowing from the family’s Swedish ancestry,  the name Lillaskog is Swedish for “Little Forest”.

After the Pilot Fire, the land was salvage logged. Bill then replanted twenty thousand baby trees, so the name “little forest” seemed quite suitable.

Bill also bought a small sawmill and began drawing up plans to build his dream Lodge. All of the dimension lumber, main support logs, framing and floors are milled from timber that came from the property. Work halted only briefly when in 2002, Bill was unexpectedly diagnosed with cancer. After undergoing extensive surgery and cancer treatments, Bill made a miraculous recovery and went back to work on the Lodge. After six years of hard work, Bill opened Lillaskog Lodge as a Bed & Breakfast welcoming guests from all around the world.

When the Rim Fire started in August 2013, staff and guests had to flee the raging fire. The firefighters made a special effort to save the Lodge, as Bill has been such a good steward of the surrounding forest. The Lodge was saved and opened up for the firefighters battling the blaze as a place to shower, eat and get a few hours of sleep. It also served as a command post during the fire.

The aftermath of the fire was devastating. Bill lost 30 acres of 14 year old trees and 5 acres of market size timber.

After the early March storms in 2014, Bill started planting 1700 tree seedlings and finished the work on April 5th. Bill also installed 1 ½ miles of drip tubing to water over a 30 acre area.

In January 2014, the Lodge reopened for guests to enjoy while exploring Yosemite National Park. Although it no longer operates as a Bed & Breakfast, the Lodge is now available for families to gather and explore Yosemite.

Lillaskog also rents out the entire Lodge and grounds for larger parties and special events such as reunions, weddings, Spiritual and Corporate retreats. It is a wonderful place to start new family traditions! 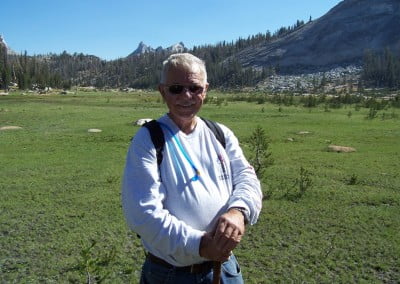 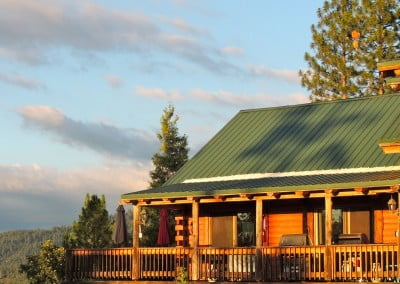 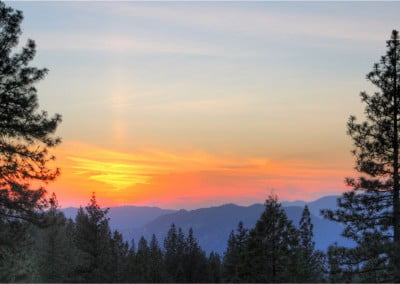